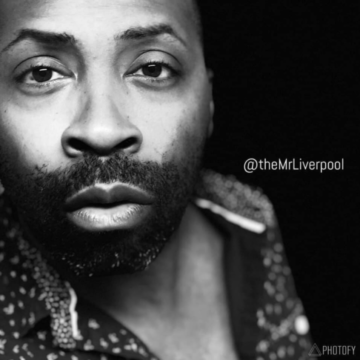 “Being a Black man in America is a reality that will never be justified. So you can imagine being a gay Black man.” from the movie, TRADE.

Imagine being born in a world where just by being alive you already have a strike against you. This strike is attached to you forever and there is literally nothing you can do about it. You did nothing wrong, you did not hurt anyone, you just exist.

Growing up my parents and grandparents wanted to shield me from some of the experiences they went through – and rightfully so. Each generation should want better for the future generations. It was not until I journeyed into adulthood that I truly understood. For many years, I thought they were crazy. My family moved us to Hillside, IL, a small suburb of Chicago IL. At this time in 1993, there were not many Black families in the area at all. But at that age, I really didn’t understand the difference. I loved everyone. My dad is a dark skinned man, my mom is very fair skinned and my family ranges in the spectrum of color.

Fast forward 2 years, it is August and it’s time to start a new school, Divine Infant. I remember being dropped off to Mrs. Percival’s homeroom class. We had to wait outside until the bell rang – and then it hit me. I am Black. And there is no one else that looks like me. But for the most part, the kids and teachers did not make me feel different about being black. But let me tell you those kids found a way to get to me.

I am naturally more feminine, and always have been. When I was younger, I thought it was because I was raised predominately by women – especially my dad left. I was musically inclined, extremely creative and loved the arts. My mom says she thought I was just super creative – but I hope she knew and just did not want to admit it. The funny thing is that my mannerisms and my way of being has not really changed much since I was around 13 years old. Elementary school and High School were especially challenging because my classmates were calling me gay and f*g before I even know what these words meant. This sent me into a spiral because now I don’t look like these folks, and now they have discovered something else to separate me from them.

Fast forward to my adulthood. How do you navigate the world knowing now that there are two strikes against me, just for being myself – Black and gay? I spent the next several years going back and forth all over the spectrum trying to find myself with very little direction. I have been discriminated against, passed up on promotions, belittled and made to feel ashamed. The part that was most hurtful – many of these were “gifts” of family and friends.

For many years, I was told I was Over the Top – and I was made to feel as if that was a negative thing. Today, I stand in being Over the Top and want to help others do the same. This is the reason I started Over the Top Living. To live in purpose, on purpose – unashamed and unapologetic – NOW! Stay tuned for more of my story.

Over The Top Living

@2020 Over The Top Living. All rights reserved.